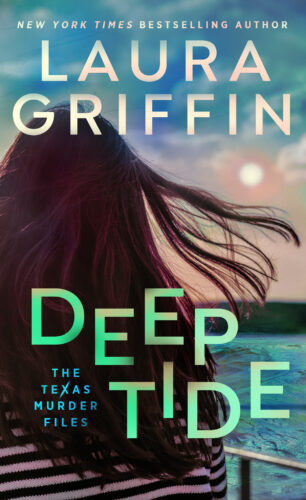 "Griffin keeps the twists coming right up until the shocking reveal... The result is an undeniable thrill ride." 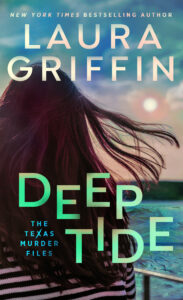 The stars were still out as Leyla drove to work the next morning. Because it was Sunday, she’d rolled out of bed at five instead of four, but the extra hour of sleep had done little to energize her. Between all the relatives in town and the wedding and her first big catering job, the past few weeks had been an emotional roller coaster.

And then there was Sean Moran.

Leyla had gone to sleep buzzed from champagne and wondering whether she’d made the right decision turning him down for that drink.

Of course she had.

She didn’t date tourists. Ever. It was her most important rule. Growing up in a resort town, she’d learned quickly where those encounters would lead. She had no illusions about what men wanted when they sidled up to her at a bar with their charter-boat tans and designer shades and offered to buy her a beer.

So, why had she asked Sean to meet her for coffee? She didn’t know.

Well, she did know. She’d wanted to mess with him a little. She’d wanted to see the look on his handsome face when she’d basically called his bluff. She’d been curious how he’d wiggle out of it last night when he realized he wasn’t getting lucky, but now he had a platonic coffee date to contend with. Chances were, he wouldn’t show up. Him being her brother’s friend helped the odds a little, but even if he did show, he was almost certain to walk in with a handy excuse about how something came up with work and he had to be getting on the road back to Houston soon.

And then there was the other thing, the second reason her mean streak was showing.

He’d lied to her.

She didn’t know why, but he had. His story about working vice with Joel in Houston was pure bullshit. Joel had worked property crimes in Houston, full stop. Leyla had thrown that out there because she sensed Sean didn’t want to talk about his connection to her brother. Maybe he knew Joel from some context he didn’t want to discuss with her. But what? Her brothers weren’t saints, for sure, and Owen in particular had been pretty wild in his twenties, but Leyla would have been surprised if Joel had any kind of checkered past he wanted to keep hidden.

But who knew? Her brothers no doubt had secrets they didn’t tell their little sister, just like she had secrets from them.

She pulled into the lot and parked in her favorite spot beneath an old oak tree that had been bent and twisted by decades of wind off the Gulf. After cracking her windows so her car wouldn’t get too hot, she crossed the parking lot and was surprised to see lights on in the surf shop next door. The mannequin in the window was naked, so maybe they were putting out new inventory today.

Leyla let herself into the café and turned on the lights. The chairs were up, the floor was clean, and the air smelled faintly of the vinegar they used to clean the coffee machines—all good signs. But several of the syrup bottles needed filling and a dirty shot glass sat beside the espresso machine. Also, the steam wand was sticky—her major pet peeve—and the countertop needed a wipe down.

But first, coffee. And then she had to get her muffins going so they’d be ready by seven.

She switched on the espresso machine to warm and checked her phone as she headed into the kitchen. It was 6:05, so Siena would be awake.

“Yes, and the pastries aren’t here yet. Is Rogelio out sick, too?”

The Island Beanery had a sister location at the Windjammer Hotel. Besides giving them some steady foot traffic, the location gave them access to the hotel’s kitchen, which had three big ovens to Leyla’s one. Most of their pastries were made there and delivered each morning.

“He should be bringing the croissants and donuts, plus cherry kolaches,” Siena said. “You’re doing the muffins, right?”

“Chocolate-chip coconut.” Leyla grabbed a bag of Ghirardelli chips from the baker’s rack. “And lemon poppyseed. Our lunch special is tomato basil soup.”

“How are we on coffee beans?”

“I honestly don’t know.” Siena yawned. “We got a delivery yesterday morning, but I didn’t get a chance to open it yet. I can do it when I get in.”

Leyla glanced at the clock above the baker’s rack before heading down the hall to the stock room. A full trash bag sat by the back door, and she felt a surge of annoyance. She grabbed the bag and hurried out back, where she heaved it into the dumpster behind the café. The sky was brightening but the moon was still out, and she remembered Sean Moran standing in the moonlight on the beach last night.

Anyone ever tell you you’re very persistent, Sean?

She pictured his sexy half-smile as he’d waited for her to succumb to his charm and go have a drink with him, which would have turned into an invitation back to his place. He didn’t get turned down a lot—of that, she felt sure.

Leyla reached for the door, and movement in the alley caught her eye. She stepped toward it, then jumped back as a large black bird flapped toward her.

She caught her breath and stepped forward, peering into the shadowy alley beside the surf shop. The breeze kicked up, and a stench hit her. There was something dead there. An animal or…

She lurched back, gasping.

Not an animal but a person.

Leyla’s heart seized. She recognized the hair, the shirt, the chunky silver rings on the outstretched hand.

Leyla’s breath came in short gasps as she fumbled with her phone and switched on the flashlight feature. She shined the light into the alley, hoping hoping hoping she was just asleep or passed out.

Leyla’s chest squeezed as the beam of light fell over the woman’s face. A line of ants marched into her lifeless mouth. 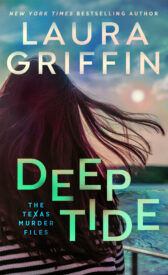