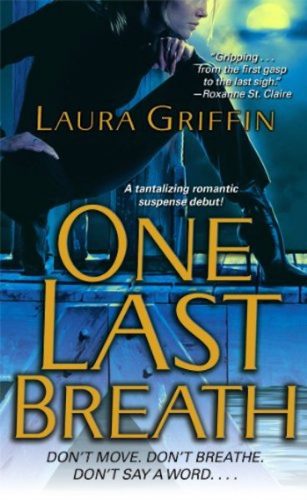 The Borderline Series · Book one

When pampered former cheerleader Feenie Malone takes a job writing fluff pieces for her South Texas paper, she has no idea she’s about to stumble into a juicy news story that could launch her career — if it doesn’t get her killed first. Almost as soon as she breaks out her press pass, she crosses paths with Marco Juarez, the macho PI obsessed with solving his sister’s murder. The information he has might be the perfect lead — but his dangerously sexy looks could be a deadly distraction.

Juarez has zero patience for reporters, especially mouthy blond ones. But with the evidence pointing to Feenie’s ex-husband, Marco thinks she could be useful. Confident he can keep her on a tight leash, he lets her in on his investigation. He quickly discovers he’s underestimated his new partner, as well as the danger they both face. Now he must protect her — to the very last breath….

"Laura Griffin hits all the right notes with One Last Breath - compelling characters, unexpected twists and a gripping story from the first gasp to the last sigh."

“Laura Griffin has the voice of a seasoned veteran in this tasty debut which mixes suspense and snappy humor with wonderful results. Don’t miss one of the best debuts of the year!”

The Borderline Series · Book one 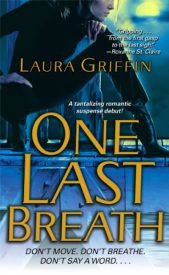