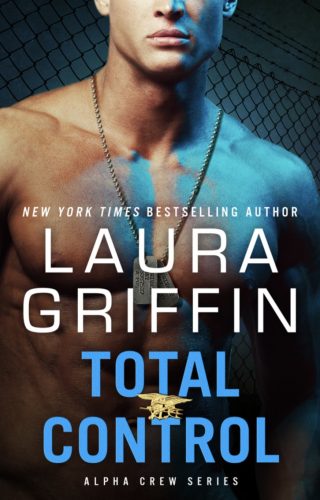 Navy SEAL Jake Heath has his eyes on Alexa Mays. The FBI Agent is whip smart and hot as hell, but she won’t give him the time of day. So, when she calls him out of the blue, he thinks his luck has changed.

But instead of meeting up for a romantic dinner, Alexa needs Jake for a very different reason. Her counterterrorism group is hot on the heels of the extremist that Jake’s team has been tracking for months, and now he’s on American soil. The only way she can take him down is with Jake’s help.

Alexa knows Jake is tough and relentless…and that the chemistry between them is electric. Although she’s risking her heart—and maybe even her career—by bringing him onto the mission, she doesn’t have another choice. Together, they’re an unstoppable and powerful team.

As the hours tick by and a lethal enemy gets closer to launching an unimaginable attack, Alexa and Jake need to fight fire with fire before the clock runs out. The only question is: will their own flames get in the way?

"A sweet and sexy romance between Alexa and Jake .... If you enjoy mystery and suspense with romance, then you should be reading Laura Griffin." 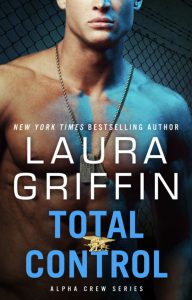 Jake tipped his head back against the wall of the helicopter. The aircraft vibrated around him, making it impossible to catch his breath and bring his heart rate back to normal. It wouldn’t be back to normal for a while yet. He was riding that wave of euphoria that always happened after a successful op.

He couldn’t believe it. They’d won. Their reputations were intact, their weekend leave secured. The team would head to O’Malley’s now to celebrate. He could practically taste the ice-cold beer.

Jake turned his attention outward as the glittery California coastline came into view. The Coronado Bridge sparkled, and he skimmed his gaze over the boats moored in San Diego Bay. He looked up the coast to the distant glow of Los Angeles. He couldn’t help it. He couldn’t keep from looking any more than he could keep thoughts of Alexa out of his mind. Some of Jake’s euphoria faded as he eyed the city where she lived.

Thinking of Alexa stirred up various emotions, and the primary one was regret. He’d messed up. All his life, he’d prided himself on his stubborn tenacity. His unwavering determination not to quit, and to take on any challenge, no matter what the odds. That bullheadedness had gotten him through boot camp, and SEAL training, and then seven tours of duty and too many harrowing missions to count. And in all that time, never once had Jake given up. So, what had happened with Alexa? And why was he still thinking about it, all these months later?

The helo swooped low over the base, nestled on a narrow peninsula right beside the posh beach known as the Silver Strand. Jake eyed the bars and restaurants that were already busy with Friday-night crowds. There were plenty of women out there. Jake knew that. So why was he hung up on the one woman who wouldn’t give him the time of day?

Jake returned to the team room, rolling his shoulder to loosen it. By the time he debriefed, stowed his gear, and showered, half his friends had already left for O’Malley’s. Jake’s adrenaline rush was wearing off, and he thought about skipping out, but Ethan Dunn flagged him down before he could disappear.

“Mind giving me a ride?”

And there went his last hope of a covert exit. “Sure, hop in.”

They rode the short distance to the pub in Jake’s pickup with the windows down. It was a nice night, and Jake needed to snap out of his funk and have some fun because his plans for the weekend weren’t likely to be enjoyable. He was going on a two-day camping trip in the San Bernardino Mountains with his dad and three brothers. Jake’s relationship with his brothers had never been great, but it had taken a nosedive when their dad was diagnosed with kidney cancer. This weekend’s trip, which had been his mom’s idea, was supposed to be about healing. Jake doubted they were going to be able to heal decades’ worth of animosity in two short days, but for his mom’s sake he was going to try.

The parking lot was full, and Jake created a space at the end of a row of pickups. He and Ethan jumped out of the truck and approached the bar, where a trio of jarheads was stumbling out the door, clearly shit-faced drunk.

One of them darted to the bushes and started puking his guts up.

The woman with Ryan definitely was not Emma.

Alexa Mays turned around. Something flared in her eyes when she caught sight of him. But then it was gone, just like that, and her expression stayed blank as he approached.

Long dark hair, pale skin. In her conservative black pantsuit, she couldn’t have looked more out of place at a dive like O’Malley’s. Jake’s pulse sped up as he neared her. How long since he’d seen her? Six months? Seven? Same length of time since he’d last heard her voice.

He stopped in front of her and gazed down into her cool blue eyes.

She smiled. “I was looking for you.”

His heart skipped a beat. He glanced at Ryan, and a look of understanding passed between them. Ryan knew.

“Catch you inside, bro.” Ryan jerked his head at Ethan, who dutifully followed him into the bar, leaving Jake alone with Lexie.

And a trio of obnoxious Marines. Another retching noise came from the bushes, and Lexie shot them a disapproving frown.

“What brings you down?” Jake asked.

She turned to face him. “I need to talk to you.”

His heart gave another kick. “We can go to my—”

“Let’s walk on the beach.” She nodded toward it. “I’ve been cooped up at my office all day.”

Jake gazed down at her for a long moment, trying to read her expression. She had a good poker face, and damned if he could figure out what she wanted.

He led her to the edge of the highway. Silently, they waited for a break in traffic, and he caught her hand as they rushed across amid a blare of horns. She pulled away when they reached the other side, striding in front of him to cross the wooden bridge over the dune. And then they were on the sand.

Not making eye contact, she bent to take off her sensible flat shoes. No heels for Lexie. At five-eleven, she didn’t need them, and they were bad for running. No telling when Special Agent Mays might have to chase down a bad guy on the mean streets of Los Angeles.

He looked her over, savoring the sight. Everything about her was all-business, and she could have traded wardrobes with one of her male counterparts. But that silky long hair was unapologetically feminine, and Jake had been fantasizing about it spread across his pillow for months.

She glanced around. “Should I—”

She tucked her shoes under the wooden step and looked out at the surf, still avoiding eye contact.

Jake led her to the water’s edge. The wind had picked up since the op. San Clemente was a dark shadow on the horizon, no lights, practically invisible unless you knew where to look. The Navy owned the entire island and kept a low profile.

Lexie stepped closer, and he smelled her perfume on the breeze. It was something subtle and sexy, completely at odds with her businesslike persona. She’d said she’d been working all day, so had she put it on on her way here to see him? The possibility gave him hope that maybe this was a personal visit, even though every other signal she was giving off told him otherwise.

He lifted an eyebrow. That had been her choice, not his. After the last time their paths had crossed, he’d called her for weeks and gotten no response. Zip. Finally, he’d stopped. He didn’t see it as a defeat, exactly. But he’d decided a tactical retreat was the best strategy.

“I left you a message earlier,” she said.

“We were out on a training op.”

“That explains it.” She smiled, but it was tense. Lexie was always tense, but she was more uptight than usual tonight.

Jake looked her over more closely. Beneath her blazer, her white button-down shirt looked rumpled. The bulge of the Glock at her side told him she was still very much on duty. His gaze dropped to her feet. She had red toenail polish. He pictured her bare-legged and curled up on her sofa with a boyfriend, and a punch of jealousy hit him out of nowhere.

And he was definitely losing it. He had no claim on this woman whatsoever. Maybe the adrenaline surge from tonight’s op was messing with his head.

“Yeah.” She tipped her head to the side, feigning interest.

“Ryan said you guys are on leave now?”

“Then Tuesday we’re wheels up on a training rotation.”

The silence stretched between them, and he waited. The wind whipped around them, and she peeled a lock of that dark hair away from her face.

“So listen, Jake. I need you for something. And you’re not going to like it.” 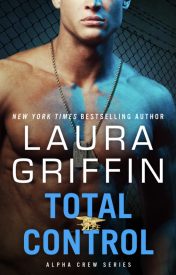