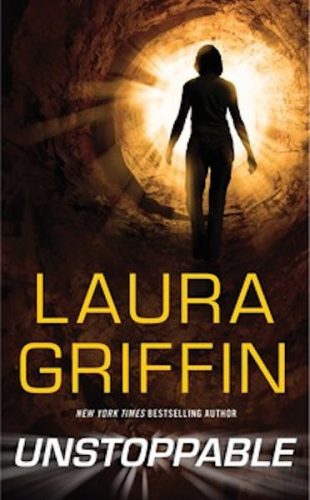 A forensic anthropologist and a Navy SEAL find love and danger in this sexy novella.

Forensic anthropologist Kelsey Quinn goes to a remote Texas border region to dig up ancient bones, but ends up unearthing a deadly secret. When Kelsey’s discovery jeopardizes not just her dig, but her life, she turns to US Navy SEAL Gage Brewer, who may be the only person brave enough—and lethal enough—to help. Includes a sneak preview of Griffin’s next full-length Tracers novel, Scorched! 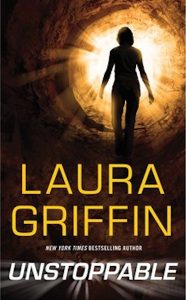 Kelsey Quinn crouched at the bottom of the damp grave, her heart pounding against her sternum.

It couldn’t be. She’d shot this sector with the radar herself. And yet as she dragged the trowel, ever so gently, across the earth, she felt it again–that barely-perceptible resistance.

Reaching for the sable hair brush tucked into the back pocket of her shorts, she bent closer to the patch of dirt. She dusted away a layer of silt, blew, then dusted again. Sweat trickled between her shoulder blades. She held her breath as the smooth slope of a cranium began to emerge.

Her brush moved swiftly now, in time with her pulse. Cranial sutures not yet fused. It was a child.

Everything went dark. Kelsey’s gaze snapped to the person who’d stepped in front of the lamp. She recognized her field assistant’s gangly silhouette instantly.

“There’s a message for you. From your mother.”

She stared at him, taking a moment to comprehend the words.
A message from her mother? Besides a few e-mails, she hadn’t heard from her mom in weeks. For her to call in the middle of a field school must mean something important.

Aaron stepped out of the light, and Kelsey squinted at the glare. She glanced down again at her discovery, and sat back on her haunches.

“We have another one.” She couldn’t suppress the excitement in her voice. “Tell Dr. Robles I’ve got a cranium.”

Kelsey got to her feet and pulled off her baseball cap. Another burial. And on their last week, too. She didn’t know why, but for some reason the best finds always came at the end.

Kelsey mopped the sweat from her brow and hiked up the four rough-hewn stairs to the top of the pit. Situated at the mouth of the cave, this particular sector had been worked first and was declared finished weeks ago. Kelsey had spent her first three weeks in this pit, sifting through dirt and lifting ancient bones from the soil. Her last week on the dig, and she’d returned here why? Nostalgia, maybe? Instinct? The nagging hunch that there was something more to find?

Kelsey stepped from the dimness of the cave into the blinding sunlight. The sky was a rich, cerulean blue. This morning’s mist had been vaporized hours ago, and several wilted anthropology and archaeology students were standing beneath a tarp, trying to catch some shade as they swilled Evian water.

She put her cap on again, pulling her ponytail through the hole in the back. She glanced down at the smudged slip of paper Aaron had handed her. Call your uncle Joe. Love, Mom, followed by a phone number. The area code was San Diego, where her uncle lived and where Kelsey had spent a huge chunk of her hugely chunky childhood.

Her mother had tracked her down in the west Texas desert because Joe needed to talk to her? Kelsey sensed a trap, but she didn’t have the first clue as to what it could be.

She scoured the cluttered campsite until she found the satellite phone beneath a table crammed with plastic containers. It only took ten minutes and three attempts before she reached her uncle at the naval base. He was stateside for a change, not off fighting bad guys with his team of SEALS.

Despite the heat and the mystery and her annoyance at being pulled away from an important find, Kelsey smiled. “You needed to talk to me?”

“Kelsey. How’s it going?” His voice was brisk, but she heard the fondness in it, and her smile widened. Whatever this was, it wasn’t some horrible emergency.

“Pretty good,” she said, “considering it’s a hundred-and-ten degrees out and I haven’t had a shower in two days. How’s it going with you?”

“Listen, your mom called last night. She’s worried about you.”

“Oh my God, she didn’t. Is this about that girl from Del Rio?”

Pause. Kelsey’s anger bubbled up as she put it all together.

“She tells me you’re alone out there digging up bones–”

“Amazing. This is amazing.” She fisted her hand on her hip in frustration. “I told her when she e-mailed me that article that she’s way overreacting.”

“You’re telling me some woman didn’t get dragged from her car and shot, not twenty miles from where you are?”
“People get shot all the time! You live in San Diego, for Christ’s sake. It happens every day!”

Another pause, and she could picture her father’s brother frowning down at the phone. She was being disrespectful, and if there was one thing Lieutenant Commander Joseph Quinn had harped on her entire life, it was respect.

“Joe, really. I’m fine. And I’m definitely not alone. I’m out here with dozens of people–”

“Camping by yourself at night, though, right? Just you and that seventy-two-year-old professor?”

“We’re in campers,” she said, hoping he picked up on the plural. Did he really think she was shacked up with Dr. Robles? Eew.

Kelsey glanced around impatiently. A trio of students stood at one of the tables, their heads bowed over various labeling tasks while they pretended not to eavesdrop. Kelsey needed to wrap this up. At twenty-eight, she was considered a mere toddler in academic circles, and she already had enough trouble getting students to take her seriously. Her kick-ass job at a world-renown forensics lab, which set her apart from the rest of the university faculty, was her saving grace. But even her job at the Delphi Center couldn’t salvage her reputation if word got out that her mommy had been calling her at a dig to fret over safety.

“Listen, Joe, I appreciate the call. I really do–”

“I’m sending someone out there,” he bowled right over her. “He should be there today, about sixteen-hundred.”

Four heads turned as a car rumbled up the dirt road leading to the dig site.

Sixteen-hundred. Kelsey’s mind reeled. She clutched the phone to her ear and stared, stupefied, as the car-that-turned-out-to-be-a-pickup-truck rolled to a stop beside the row of SUVs. Dust coated the truck’s sides and tires. Smashed bugs dotted the windshield, hinting at a lengthy trip. The door pushed open, and a man climbed out.

But he wasn’t a man, really–he was a giant. He stood well over six feet tall, with wide shoulders and muscular arms that screamed warrior. His olive-drab T-shirt stretched taut over his pecs, and he leaned an elbow on the roof of the truck while he scanned the area.

His gaze landed on Kelsey, and her throat went dry.

“His name’s Lieutenant Gage Brewer, Team Nine, Alpha squad. Like I said, he should be there by sixteen-hundred. He’s got two weeks leave, so it worked out perfectly.”

“You hired someone to… to–”

“He owes me a favor. It’s no big deal, really. This’ll be a silver bullet assignment for him. He’s looking forward to it.”

Lieutenant Whoever-he-was reached up and peeled off his sunglasses to reveal a pair of laser-blue eyes that were just as hard and unyielding as the rest of him. Looking forward to it. Yeah, right. This guy was so not happy to be here.

He slammed the door of his truck and strode toward her. 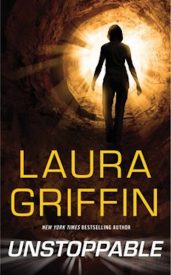